Throughout my life, I’ve always learned more from failure than success.

This is a story of a recent and epic failure of mine and what I learned from it. It isn’t the usual technical deep-dive I typically write about, but it’s equally important – it demonstrates learning lessons the hard way. More specifically, it’s about attitudes during competition and their influence.

This was a moment that I’ll never forget. That I hope no one else has to endure. That I hope everyone else can learn from, as I did. 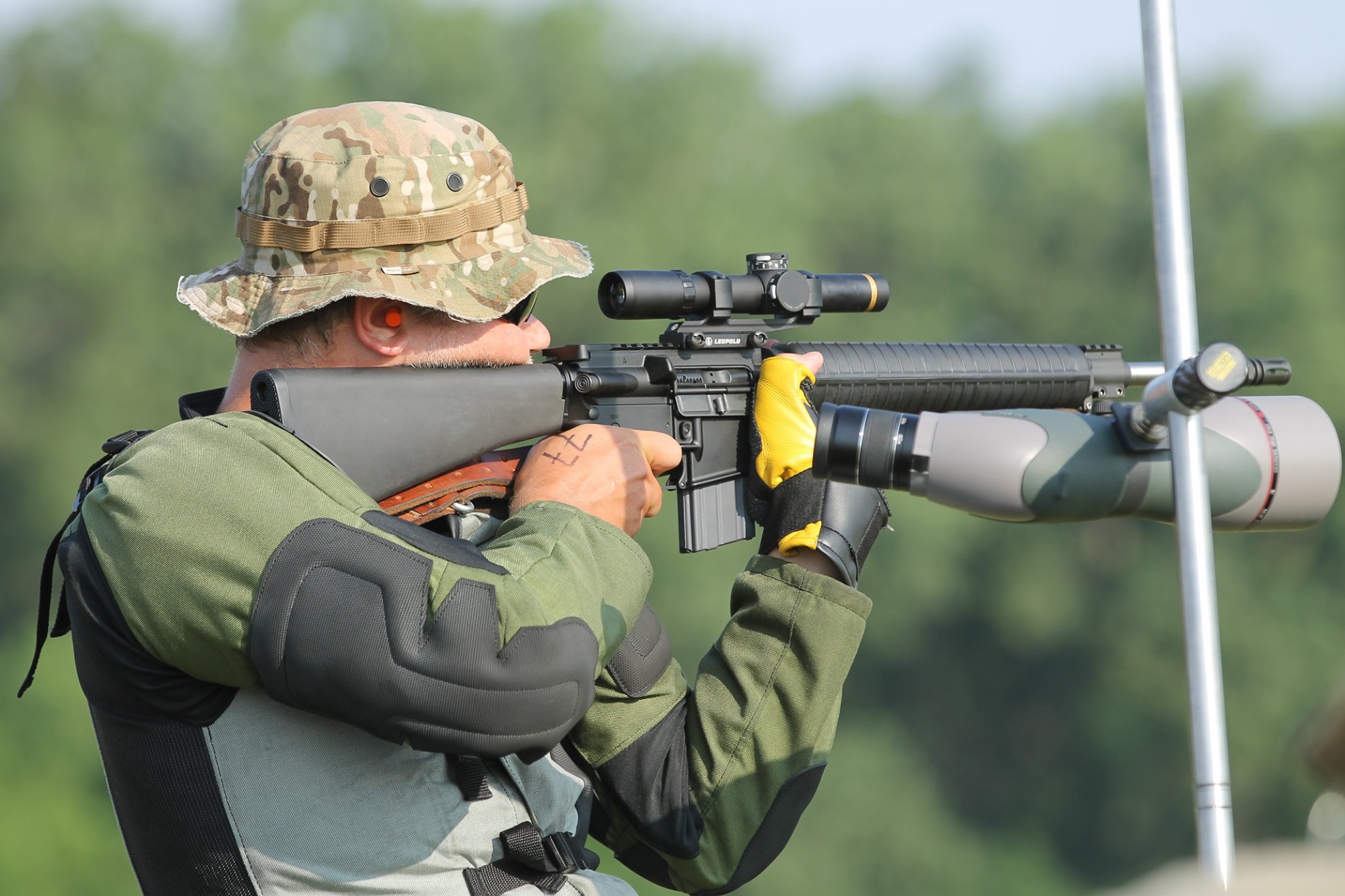 For those who are unfamilar with High Power Rifle competitions and the President’s Rifle Match, here’s a quick summary.

Range carts are also very commonly used as a way for competitors to easily organize and move their gear from line to line. 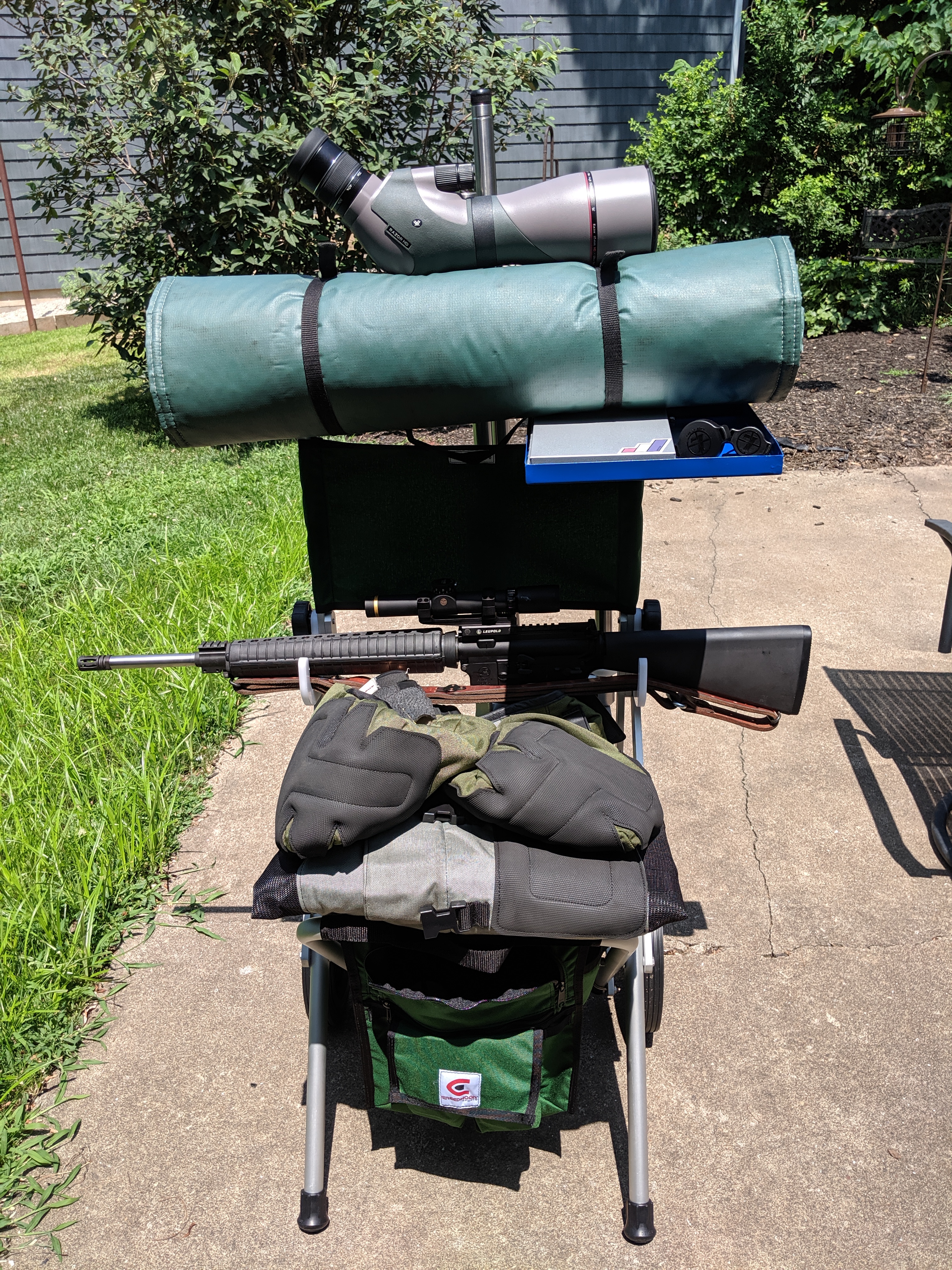 My highpower range cart, fully loaded (and a bit top-heavy)

The President’s Rifle Match at Camp Perry drew nearly 1400 competitors this year and it was my first time competiting in it. I was on Viale Range, target number 77, relay 6. After roll call, I learned that shooting right next to me on target 78, relay 6, was SFC Brandon Green of the United States Army Marksmanship Unit (USAMU). If you’ve never heard of him, the main thing you need to know is that he’s the Michael Jordan of rifle competitions.

Now, imagine you’re me. A beginner, a rookie, and you have to shoot right next to the most well-known and highly photographed competitor at this match. Imposter syndrome set in hard. 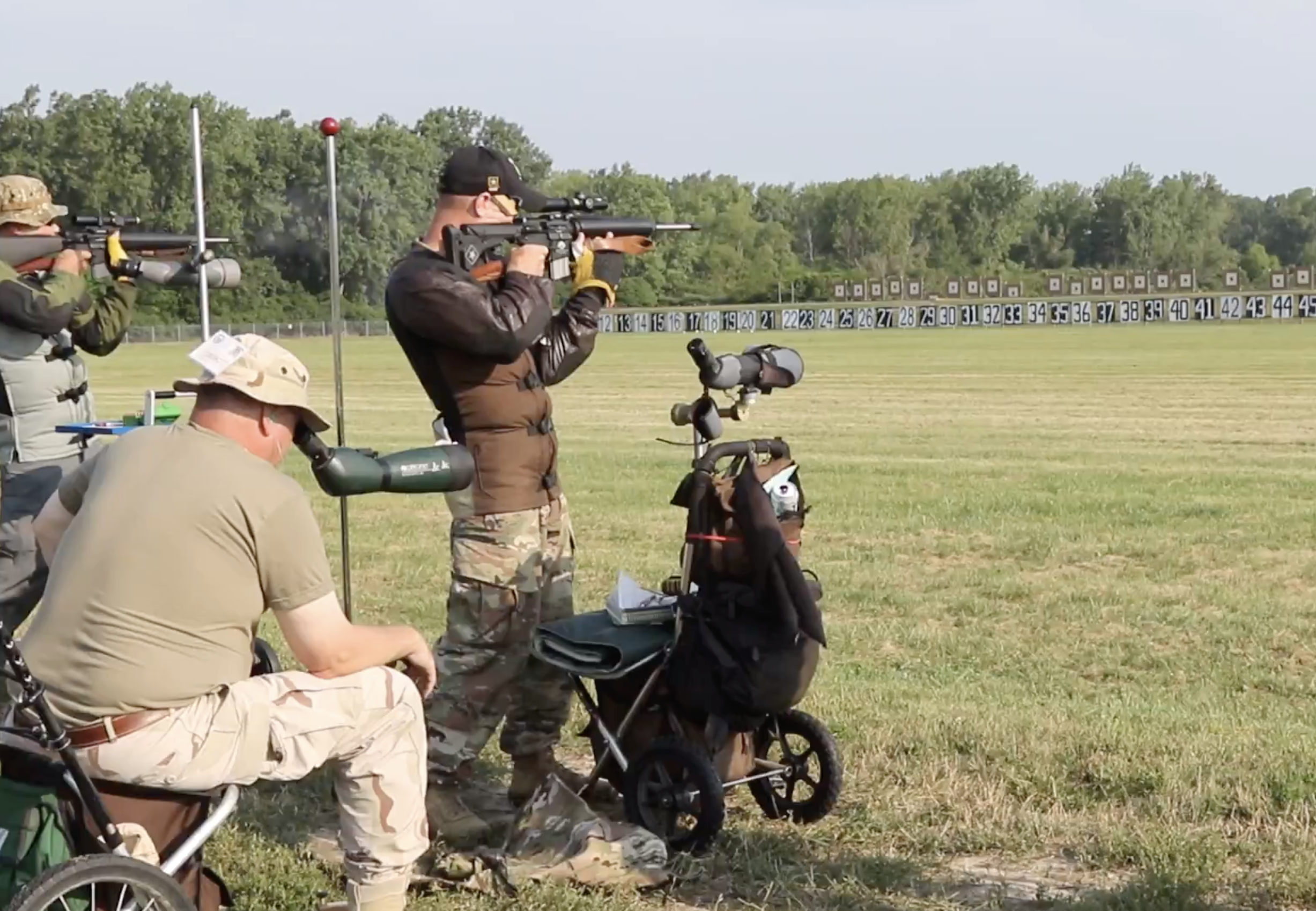 The first course of fire was 10 shots at 200 yards, standing. When it was time for relay 6, we went up to the line to prepare. Competitors are typically given five minutes of prep time. When shooting standing/offhand, most of that time is spent building a solid position and finding your natural point of aim.

My next shot was an 8, bringing me back down to Earth – I had to concentrate. I loaded my third round, brought my rifle up, focused on the target, took some deep breaths and…

“WATCH OUT”, someone yelled.
I glanced back and saw it happening, but I was holding a loaded rifle so I couldn’t reach out to stop it. A gust of wind was blowing my range cart over and it was about to fall on top of Brandon.

This is one of those moments that happens in a second, but feels like slow-motion.

Fortunately, it landed just shy of him and he hadn’t yet brought his rifle into position. He told me later that it scared the shit out of him. Other than his first 9, he didn’t drop any points for the rest of his score. I felt relieved and lucky.

You can see the scope stand falling on his left, just missing him — U.S. Army photo by Michelle Lunato

My score and my confidence, however, suffered greatly. All of my rounds had been thrown across the ground, out of my reach. I had to ground my rifle, break position, pick up enough rounds to continue, walk back and start over. I couldn’t recover. I knew that everyone was watching him, so they saw it happen. That’s a lot of mental baggage to be holding while you’re trying to concentrate during a timed competition.

Once the clock ran out and the stage was over, I made my rifle safe and moved to clean up my fallen gear. Brandon was already there, picking my ammo back up for me. I’ll never forget what he said next.

I apologized again and thanked him for his help.

Now, if you’ve ever attended any competitive sport, you’ll know that there are some folks who can take things, and themselves, a bit too seriously. When things go wrong, or they perceive an external threat to their score, they can sometimes take it personally and lash out. Had that been the case this time, had it been someone with that attitude instead of Brandon, I probably would have struggled to deal with it and may have questioned whether I wanted to continue with the sport. Bad attitudes and poor sportsmanship have negative and lasting effects on the entire community.

Later that evening, I was fortunate enough to have been invited by a friend on the USAMU rifle team to join them for pizza and beers. I brought along a bottle of Booker’s bourbon and gave it to Brandon to again apologize for the incident, my poor attempt to sabotage his score and most importantly, for demonstrating excellent sportsmanship.

I learned a lot from my time at Camp Perry this year. I learned about my gear, about the conditions at those ranges, and about what to expect from the different matches. The most important lesson though, was that good sportmanship is what keeps it fun and keeps us coming back. I look forward to competing again next year.

Thanks for taking the time to read this article! If you have any feedback, you can email me directly if you don’t prefer to use Reddit or other social media.